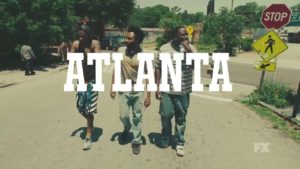 FX casting teams are looking for beautiful Atlanta models to play background extras in the hit show Atlanta.  Talents will be paid $1,250 to work if their photos and clips are used in the final shoot The auditions start early January 16th and filming begins in mid 2017.

The scenes will consist of various poses and scenarios. The first and most important photo-shoot will consist of a female and male runner posing near a beach. The casting team is looking for powerful, beautiful, and intense models to show the sense of passion that true runners and athletes feel everyday.  The other scenes will feature you in the background of a fake music video during the show.

Atlanta is a TV show by the rapper, writer, producer, and actor, Donald Glover.  He has made a huge name for himself in the entertainment industry, and people were very excited to see what his debut show would bring.  Atlanta quickly became popular, and it was rated even one of the top 5 shows of 2016! The show is about the Atlanta rap industry and the struggles local artists have trying to make it big.

Runners: People that have experience either running marathons or general races and events.

Athletic: Fit models and actors that can play various roles in the video.

This is a tremendous opportunity to be featured in a top tier show on a national cable network.  FX is known for dramatic and action packed shows, and Atlanta is no exception.  You can be apart of season 2 of a very promising show!  Not only will this help you gain experience in the industry, you will meet professionals that know what it takes to be successful.  You might just make the right impression on someone and find yourself with an even bigger role.