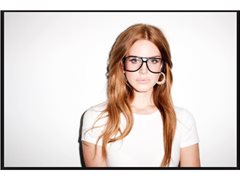 Facebook
Twitter
Google+
Pinterest
WhatsApp
Looking for models for a photoshoot for a university project. The project is about replicating an existing image and producing a series drawing from that. The work that I want to replicate is similar to the style of Terry Richardson, Haris Nukem, with some influence by Richard Avedon. The plan for the photoshoot is to shoot on a Large Format Monorail camera, with 5×4 film. Ideas for the clothing and any hair and makeup aren’t finalised, so any creative ideas would be welcomed.

Shoot dates to be confirmed once applicants have been received.

Tattoos and piercings would be preferred, but not a necessity.
Would like applicants to have a good sense of style and current fashion.