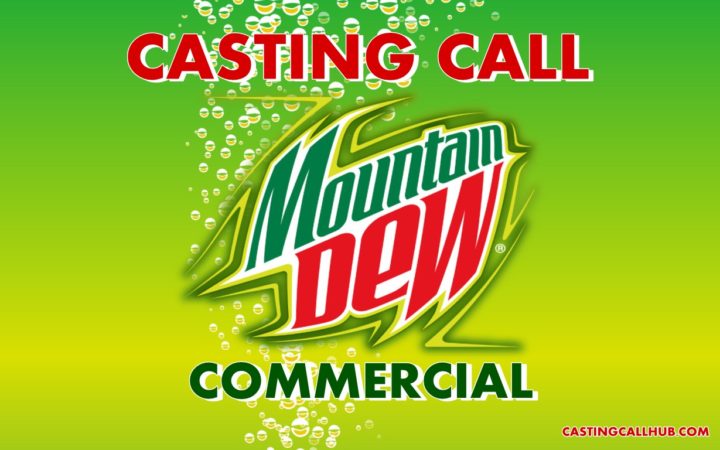 TV commercial auditions are being held for a national spot! Mountain Dew is holding commercial casting calls in 2017 for their new paid project “Don’t Do They”. The SAG-AFTRA union commercial is searching for models and actors to be a Russell Westbrook body double. The role calls for an African American male who is 22 to 35 years old and 6’2 to 6’4 in height. Commercial auditions are being held on January 17th in Oklahoma City and Dallas, Texas. Rehearsals are scheduled to take place on January 20th with filming in Oklahoma City, Oklahoma on January 21st. Selected models and actors will be paid the SAG-AFTRA extras rate of $366.37 per day for two days. Travel and accommodations are not provided so only local actors or those willing to be hired as local are being considered.

[RUSSELL WESTBROOK BODY DOUBLE] 22 to 35 years old, African American male. Must be 6’2″ – 6’4″ tall, athletic build. Must have the same skin tone and body shape as Oklahoma City Thunder NBA superstar Russell Westbrook. This man’s face will not be seen in the spot. He will serve as a stand-in and a double.

Local to Oklahoma City or Dallas

Available for the following dates:

MOUNTAIN DEW – “DON’T DO THEY”
Commercial
SAG-AFTRA
Run or Usage: unlimited
Conflicts: none

Travel and housing will NOT be provided.

READ AND FOLLOW THE SUBMISSION INSTRUCTIONS VERY CAREFULLY.
Failure to follow the instructions will likely result in your submission being lost, mis-filed or accidentally deleted.

Email 2 recent photos: A full body shot and a head and shoulders closeup.

Include all contact information including NAME, PHONE NUMBER, EMAIL ADDRESS and CITY of residence.

Make the subject heading of your email WESTBROOK DOUBLE (OKC or Dallas), depending on the city you would be available to audition in. No other subject headings will be seen.

All of your photos and information must be sent in one email not multiple emails so double check your submission before sending it in. Emailed applications are being accepted until January 16th. Send the email to submissions@freihofercasting.com (If you do not send to the email address listed, your submission WILL NOT BE SEEN) If you are selected to audition for the project, you will be notified by email. Check emails regularly and allow the submissions@freihofercasting.com email address in your address book. Submissions must be received ASAP so if you want to be considered apply today! The casting team asks that no phone calls be made to their office.