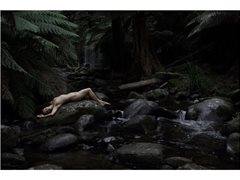 While the characters of legend have been popularized in strong modern memes (“mermaid”, “nymph”), the Greeks had a detailed taxonomy of nymphs bound to a particular place including types of naiaids (freshwater), dryades (trees), napaeae (mountains), nephele (clouds), oceanids (salt water). This series will create images of several key types, truer to the original character rather than modern cartoon interpretations. Additionally, I’m keen to fold in current cultural references (eg the Australian bush, beach).

Ideally the resulting images will be exhibited locally. I’m particularly keen to shoot the water images while it’s still warm.

Must have a strong affinity with nature.

Shoots on weekends, some flexibility in shoot schedule to suit both parties, and it is subject to weather constraints. Travel required to get to location (provided).

Depending on the number of short-listed candidates, an audition may be required.

Females, aged 18 to 40 from Victoria, Australia (nudity may be required)