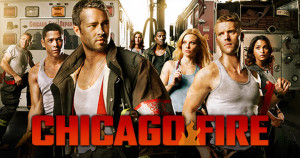 If you would like to be part of the NBC’s “Chicago Fire” Casting Kids for Reoccurring Role Casting Call in 2016 please read the info below:

The hit NBC TV series “Chicago Fire” that was brought to us by Emmy Award winning producer Dick Wolf (Law & Order), is looking to cast twin boys for a role in the show!  They need Hispanic or African American boys between the ages of 2 and 4 who are based in Chicago.  They need kids who have good availability between now and the end of April as well July of this year through April of 2017!  This is a reoccurring paid role.

“Chicago Fire” give us a view into the lives of everyday heroes committed to one of America’s noblest professions, Firefighting. NBC describes the show as for the firefighters, Rescue Squad and paramedics of Chicago Firehouse 51, no occupation is more stressful or dangerous, yet so rewarding and exhilarating. These courageous men and women are among the elite who forge headfirst into danger when everyone else is running the other way and whose actions make the difference between life and death.

If you have children who fit or know anyone with children who qualify, please apply by sending photos, ages and contact information to simoncastingauditions@gmail.com.  In the subject line of the email put: Twins for Chicago Fire.  “Chicago Fire” returns to NBC will all new episodes on March 29th.