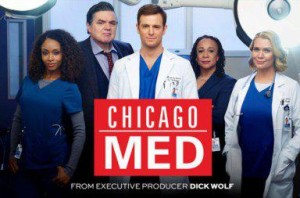 If you would like to be part of the NBC’s ‘Chicago Med’ Casting Hospital Personnel Casting Call in 2016 please read the info below:

About the NBC Series – ‘Chicago Med’

The infamous NBC show, ‘Chicago Med’ is an American medical drama created by Matt Olmstead and Dick Wolf. It is a spin off from the show, ‘Chicago Fire’. This show revolves around the doctors that work all day and night dealing with the daily chaos inside the city’s busiest hospital. The courageous team of doctors holds everything together in order to save lives. The show is a spin-off of ‘Chicago Fire’ and ‘Chicago PD’, and frequently connects all three shows together.

The team is searching for men and women models who are eligible for working as hospital administrators in on Thursday, 18th of February, 2016 in Chicago, Illinois. If you think you have the potential or have any previous acting experience, do not miss this chance.  Only apply for these roles if you have a flexible schedule because the team does not have specific shooting times and they may call you at any time.

The official casting team of ‘Chicago Med’ is searching for professional-looking male and female actors. They should be from 40 to 60 years of age.  These actors will be required to work as hospital administrators.

Actors will only be considered eligible for this role, if they have not participated in any of the previous episode of ‘Chicago Med’, because the team requires new and fresh faces for the upcoming episode. The selected actors will be required to work for this role on Thursday, 18th of February, 2016 in Chicago, Illinois.

The casting producers and executive directors are looking for African American, Latino, or Asian male actors from 25 to 35 years of age. These actors will be required to work as medical students. Actors will only be considered eligible for this role if they have not participated in any of the previous episodes of ‘Chicago Med’, because the team requires fresh faces.

If you think you fit in the description and are suitable for the roles, do not miss the chance and apply at xtra1casting@gmail.com with the corresponding subject line for the role.

Those applying for these roles must make sure to send their pictures in proper lighting as the team will not accept any pictures other than professional ones. Do not send selfies or hide your face wearing glasses, hats or caps. Please confirm your availability for the film dates in the body of the email.