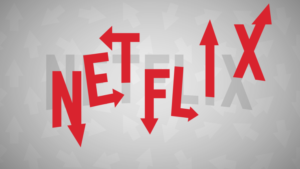 Casting teams need actors, models, and talent to work as background extras and stand-ins in the new Stephen King TV series Mr. Mercedes. Casting directors are looking for heavy men and women to work on a scene this January 11th in Charleston, South Carolina. Producers are looking for talent to portray weight loss show contestants exercising.

Mr. Mercedes, based on Stephen King’s 2014 book with the same name.  It is about a serial killer that taunts a retired detective with a series of incriminating letters and emails, forcing the ex-cop to take action to bring the killer to justice before he is able to strike.

The ex-detective must choose between staying retired or helping out the investigation to insure his safety.  The 10 Episode TV Series Mr. Mercedes will be filmed in Charleston, SC and surrounding towns.

This is a great opportunity to be apart of a new television show from the great mind of the famous author Stephen King.   King started writing novels in 1967 and has since established himself as one of the greatest writers of our time.  This is a great chance for you to gain exposure as an actor or stand-in and make some money while doing so.