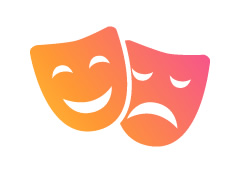 But that’s rubbish, isn’t it? Money buys everything! And unknown to their therapist, they’ve formed a syndicate and are desperate to hit the jackpot again.

The play premiered in 2015 at the Unity Theatre in Liverpool and is now heading to three North West theatres:

We are looking to fill the role of Dr. Karen Price, the therapist who tries her best to help the group and keep them under control.

Rehearsals will start late March in Liverpool, twice a week (most likely one weekday evening and one weekend daytime)

Auditions will be in Liverpool, the evening of Monday 29th February.