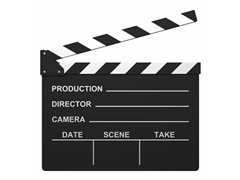 We are a group of students from University of the Arts London and are currently in the pre-production for our 10 minute TV show; ‘Art O’ficial’. This live TV show will be taking place in a professional TV studio on campus and is a 10 minute programme exploring Art in London. We want to focus on the ‘coming of age’ aspects of living, working and studying in London – by hearing from current artists, actors and musicians working in London’s creative industries. So far we have 1 VT planned which includes talking to third year students at Central School of Speech and Drama about their final project named ‘Flowers That Float,.’ We also have a musical act named George Petrie, who has recently been signed with a music label. The job of the presenter would be to introduce the show, as well as talking about what is coming up and possibly telling a few jokes to connect to the audience. The host will also lead the way in/out of the VT as well as having an interview with George before his performance. The live performance date is on Thursday 10th of March from 2-5 (however this may be pushed earlier due to preparation) at London College of Communication. Casting dates are TBC.

We are looking for someone confident, chatty and friendly. Presenters are usually kind, funny people and we want the audience to feel comfortable with our presenters company.

Any gender, aged 22 to 50 from London, United Kingdom