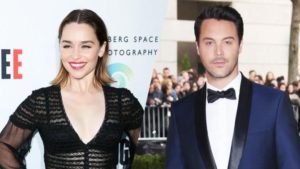 TW Casting is calling out all actors and models that are looking for their big break. A chance to star in a feature film is certainly not the one to be missed.

Casting directors are now searching for actors, models and other talent to play as extras in their new feature file “Above Suspicion”, starring the gorgeous and talented Emilia Clarke. The casting directors are inviting applications for a dozen talented people who can portray as background extras in the film, soon to start auditioning.  The date set for Filming has been set as Tuesday 24th May, 2016, so cancel all your other appointments for the day and be a part of this feature film.

The story of ‘Above Suspicion’ is based on a recently married FBI agent who has just started out his life with his spouse. Only a few days late, the agent has been assigned a mission and has to move to Appalachian mountain town, Kentucky. There, he gets involved into an affair with a local poor woman who then becomes his lead informant. The woman on the other hand is just looking for a means of escape from her life, which may turn out to be a disaster for both of them in the end. Their affair becomes the talk of the town and soon reaches the very foundations of the top law enforcement agency, resulting in an order of conviction of an FBI agent for the very first time in history.

Stars chosen to play the leads are hunk Jack Huston who has starred previously in The Longest Eide and also Boardwalk Empire, and the famous and beautiful Emilia Clarke who is currently playing the mother of dragons and widow of Khal Drogo in the epic saga Game of Thrones. Her debut film was “Terminator Genisys”, which has bagged even more praise for her wonderful acting.

For anyone interested in auditioning as an Extra in Above Suspicion, here are the details of the casting call notice by the team of directors.

The casting directors are in search of men and women aged 18+, belonging to any ethnicity. People who have prior law enforcement training or background will be preferred.

The second call is for all those who are owners of cars manufactured in between 1970-1985.