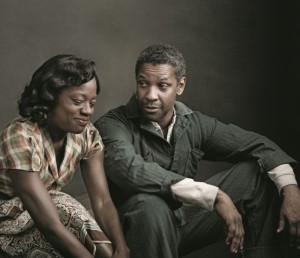 If you would like to be part of the Open Casting Call For “Fences” Starring Denzel Washington & Viola Davis Casting Call in 2016 please read the info below:

The high powered duo starred in the Broadway play Fences which had it’s last run in 2010. HBO is now turning it into a movie! They are looking for background actors, kids, teens, adults and seniors of all ages and ethnicities!

If you have ever wanted the chance to be on set with one of Hollywood’s most respected and talented actors, then here is your chance. Attend the casting call below to be considered. According to the press, “Fences” is based on August Wilson’s prize-winning play. Fences is the story of Troy Maxson, a Pittsburgh sanitation worker who once dreamed of a baseball career, but was too old when the major leagues finally admitted black players. He tries to be a good husband and father, but his lost dream of glory eats at him and causes him to make a decision that tears his family apart.

Filming will take place in and around Pittsburgh, PA from April 15th to early June 2016. Looking for male and female background artists, children, teenagers, adults & senior citizens of all ages and ethnicities!

This film takes place in the 1950’s – 1960’s. Extras will be portraying neighbors, businessmen, church-goers, townsfolk & more! Please note- If chosen as an extra, you may be asked to remove piercings, cover tattoos, change hair color or style since this is a period piece.

If you are would like your shot at being in the film, attend the casting call.