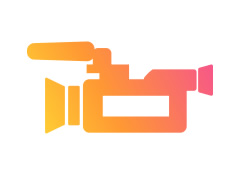 Facebook
Twitter
Google+
Pinterest
WhatsApp
Looking for two videographers for an absolute dream job in Mallorca, for this summer! It will be mainly based in Magaluf, but there’s a lot more to it than you think, so ignore the mainstream media. In fact, one of the main parts of this role will be to help combat the negativity! You will get to see a lot of the island, and the capital, Palma de Mallorca, regularly voted the number city to live in the world… It’s NOT just going to be in Magaluf. If you are a party animal, forget it, it’s not that kind of gig. You will have lots of fun but it is not the kind of place for people with no self control. That is super important to know, I need hardcore professionals!!

Unfortunately, own equipment is a must, as well as evidence of your portfolio work thus far. This doesn’t haven’t to be client based work. I am a film maker myself, I know the score, I will be able to tell if you’re what I am looking for from your portfolio work, whether it’s polished client products or not.

Basically, I need a team of two, who can both edit too. The job will essentially entail filming the parties everyday on our SuperYacht. Yes. A SuperYacht. There will be several parties a day, but it won’t be just that. You will be responsible for all the editing and motion graphics too, including audio.

There will also be lots of other clubs and events to film along the way, amongst other things, hence the need for two people. There will be three formats:

1) Our own SuperYacht parties.
2) Other peoples’ parties and events, including the biggest and the best clubs on the island who I already have working partnerships with.
3) General documentary film making for a YouTube web series – think ‘Britains abroad’ but much more professional without all of the stupid Jeremy Kile kind of stuff. This would be for me personally in a *semi* Louis Theroux style, although it will be me and several others who are the subjects. It’s a bit too complex to describe here fully, but you get the picture. Basically, if you want to make documentaries, this is a perfect opportunity to do something never been done before.

The start would be mid to end of may sometime, depending on you, and ending around mid September, depending on me. There may even be the possibility to follow me to South East Asia afterwards, for the rest of the winter, if all goes well. If you are a 3rd year student, the start will be flexible to coincide with the end of exams and deadlines if necessary, and your final marks won’t matter, just your portfolio. That being said, someone who has the funds to come out at the start of may and get to know the ropes before starting in June, will definitely stand a much higher chance of getting the gig. This is a hard place to live and work, and it will surprise you. The more time you get to see it before you start, the better, trust me!

Remember, you’ll be on a Mediterranean island with a lot of privileges, but you will be working 10-12 hours a day for 4 months, like me. Swings and roundabouts.

This isn’t a wind up, it’s a genuine offer coming from a fellow film maker who doesn’t have the time to do the sheer amount of work that I have this season. Please no time wasters! If you don’t have anything I can see online, there will be plenty of others who do, so unfortunately it will be a waste of time for you to apply.

Oh and p.s. – being able to speak Spanish and/or having a full driving license, would be a massive bonus.

Portfolio bonuses would be anything in the club and events industry, or anything ‘fly on the wall’ documentary style. Either way, you need to be able to do at least basic editing. I will NOT have time to teach you these skills, but I will be implementing my own style, obviously, so you will need to accept direction. Your job will be to film and edit, and produce if you prove yourself, but not as a rule.