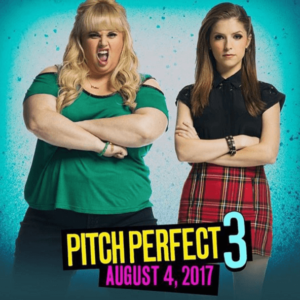 Casting teams need background actors to work on the new feature film Pitch Perfect 3. They need to fill several roles as casting concludes and filming is set to begin.

Pitch Perfect 3 is an upcoming musical comedy and drama film directed by Trish Sie.  It is the third movie in the Pitch Perfect trilogy.  The film is scheduled to release about a year from now on December 22nd, 2017.

The films are about an a Capella competition at Barden University.  They compete against other groups during college in their quest to go to the national competition.  It is a hilarious musical filled with crude and witty jokes.  It features an ensemble cast including, Anna Kendrick, Skylar Astin, Rebel Wilson, Anna Camp and more.

TEEN MILITARY
Opening this up to boys age 17 years old!
Men must be willing to get a military style haircut

Italian-Americans
Seeking Men and Women of the Italian Nationality