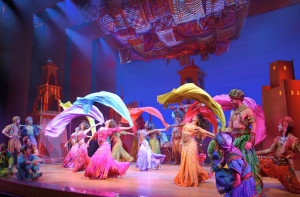 This is a dramatic theater production about a mother who kidnaps her two children after losing a custody battle. She goes on the run, fleeing the police along desert roads and trying to eventually find a secluded spot to start a new life.  She meets a man that can help her, and they quickly become a very unconventional family that is on the run.

It is a provocative, hilarious, dramatic, and touching production that touches on everything from family, faith, consequence, and love.  The casting directors strongly encourage a diverse cast not restricted to any type of person.  We are looking for passionate people to play several important roles to this production.

Where: Glendale, Ca and Theatre in L.A.

Actress One: Looking for a woman 18 – 55 years old to play various characters.  Very fun-loving roles that will test your emotions and acting ability.

Actress Two: Looking for a woman 18 – 55 years old to potentially play various characters.  These roles are more serious, but require flexibility in your acting abilities.  Can you cry and laugh at the flick of a switch?

There are six other roles that need diverse and talented people to act.  Apply for details, if you have previous acting experience you will have a better chance of finding a role that suits you.

This is a great opportunity to be a part of a major theatrical production in Los Angeles.  You will be performing on several nights and have the opportunity to impress thousands of viewers, producers, and fellow actors.  If you have ever dreamed of playing a major role in a major production then give this play a shot!