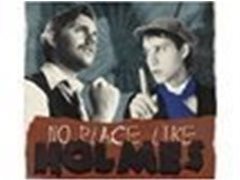 It focuses on the adventures of Sherlock Holmes and Dr. Watson, transported by means of demonic ritual from 1895 to the post millennium era, where they face a continuous struggle to keep their past a secret and battle against the villainous criminal organization. The Red Headed League, as well as trying to come to terms with the peculiarities of the modern day way of life.

The NPLH brand also covers Holmes book reviews, documentaries, as well as hosting original articles and essays on the site.

I am looking to make a 2nd series of “The Diogenes Documentaries.” these are mini Sherlock Holmes documentaries based upon some of the research covered in the essays we host open the site.

These are very simple and easy introductory roles to the world of presenting. They are around 90 percent narration, with around 10 percent said straight to camera.

I am looking to film the next one on March 5th (Sat). Filming will take place in Kingston Upon Thames *SW London*

Presenter will be narrating approx 4-5 pages of A4 paper. You will only need to learn a handful of short sentences to say direct to camera.

An interest in Sherlock Holmes will be a big advantage. I have a very keen and large Sherlockian fan base here. If you are not interested in the topic, they are unlikely to be engaged by your presentation.

Females, aged 20 to 30 from Kingston upon Thames, United Kingdom