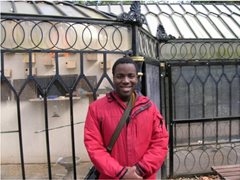 Facebook
Twitter
Google+
Pinterest
WhatsApp
I would like you to executive produce a very special double modern pop rock album of original material by 10 famous young stars of stage and screen from the UK who can sing.

We would like 8 famous young stars of stage and screen from the UK who can sing aged 18- to record a very special double modern pop rock album of original material.

The album is called ‘Resolution’ and there will be no title track at all.

The album is theirs.

It is expected to feature very special guest appearances by big name music superstars and well-known musicians of past and present decades.

This double album is expected to record and mix mostly in Los Angeles from September to December of this year so that means the British side who will have to leave their families and loved ones behind and they won’t see them until this album is finished.

This double album is to mastered in Los Angeles by Michael Jackson’s long time mastering engineer who is best known for his work on The King of Pop’s albums ‘Off The Wall’, ‘Thriller’, ‘Bad’, ‘Dangerous’, ‘HIStory’ and few more.

Apart from that we would like 8 famous young stars of stage and screen from the UK who can sing to appear in TV and radio shows, photo shoots and other people’s albums, give interviews and perform in the front of the worldwide audience, The President of United States, other world leaders, Prime Minister and The Royal Family and to grace the stage with all time music greats and today’s stars.

Each CD expects to run much longer.

The behind the scenes process of this double album and all other things is to be filmed as a worldwide TV special and series of YouTube videos and hopefully it will be broadcast the week before the double album is due to be released.

The lyrics, musicians, engineers, studios, production coordinators etc. on each song, photographs of 8 famous young stars of stage and screen from the UK who can sing on the beach and in the guest house and various locations in California, the main cover will be similar to The Temptations’s 1998 album ‘Phoenix Rising’ and the back cover will be focusing on them turning back from the camera with the track listing on each side will be include in the booklet on this 2 CD set.

Once the album is finished we would like them to take their album and show it to everyone at has yet to be confirmed record label so that they can listen to it. Once they listen to it they’ll get back to them with their thoughts.

This album is expected to released on 2 CD’s in the shops and digital outlets in April next year on has yet to be confirmed record label.

This is a unpaid job. The expenses cover travel expenses, credits and food.