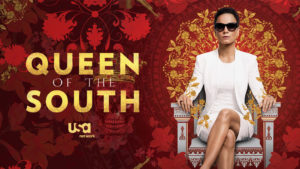 Casting teams are looking for actors in a new season of the hit USA network series Queen of the South.  Filming will start late January 2017 in Dallas, Texas. Producers are looking for crew workers to work on scenes filming between January through early June 2017.

While living in the barrio of Jalisco, Mexico, Teresa Mendoza falls in love with a member of a successful drug cartel.  In season one, she is forced to flee the country after her boyfriend is murdered. She seeks refuge in America, where she teams up with an unlikely person from her past to take down the leader of the drug ring that is after her. Teresa ends up starting her own drug empire, becoming one of the world’s wealthiest women in the process.  She learns that money obviously doesn’t fix all of her problems, but it sure is fun.

Extras Needed: Females age 18 – 28.  Must be beautiful or resemble a celebrity.

Extras: Males age 25 – 30.  Must be very handsome and also like a celebrity you would see on the red carpet.

This is a great chance for you to gain exposure as an actor on a prime time network.  Not only will you make money for your role in the show, you will also meet industry professionals that will show you what it takes to be successful.  The casting team is looking for Texas locals that can be in Dallas for Auditions in January.