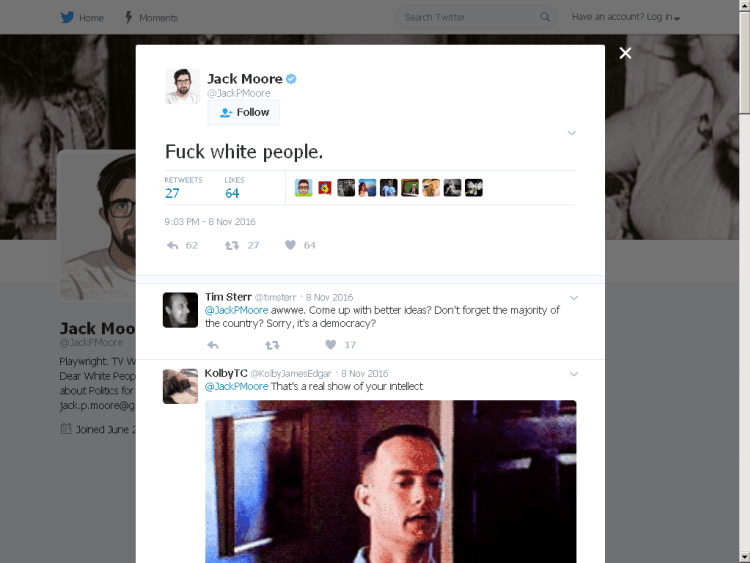 After announcing the release date of the new Netflix series Dear White People, many people called for a boycott of the streaming company. Since then, the trailer for the new show has over one million dislikes on YouTube in less than 24 hours.

Unsurprisingly, the comments were not that much better. One YouTube user wrote, “Dear Black People. Most modern day white people’s ancestors never owned slaves. Mine didn’t even arrive to this country until after slavery was abolished, and they never owned slaves. Also, none of us living today existed during the time of slavery. It’s racist to associate all white people with slavery and oppression.”

“Dear Black People, Heres a list of acceptable things to do when a police officer pulls you over: Put both hands on the steering wheel, be polite, do as you’re told, inform the officer if you are going to make a sudden movement Heres what not to do: Refuse to listen because “he pulled me over cause im black” , and protest and destroy property like animals when a police officer was forced to shoot in order to protect his life,” another YouTuber commented.

However, not everyone is taking this backlash sitting down. The one of the show’s writers, Jack Moore, took to Twitter to voice his frustration by tweeting “**** white people”.

Ultimately, the release of the new Netflix series has sparked an international controversy. Earlier this week it was revealed Netflix subscribers are calling for the company to either cancel the show or they will cancel their subscription because the show promotes an “anti-white” agenda.