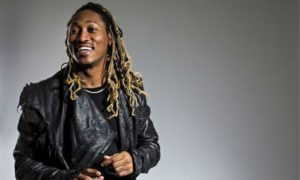 Nayvadius DeMun Wilburn better known as his stage name “Future”, is a professional rapper known for his catchy radio hits and heavy auto-tune style.  After releasing a series of mixtapes between 2010 and 2011, Future signed a major record label deal with Epic Records and A1 Recordings.  He then released his debut album,  Pluto, in April 2012.  It received positive reviews among modern hip-hop fans and critical reviews among old-school hip-hop fans. His second album, Honest, was released in April 2014, where it surpassed his first album on the charts.

His music videos receive millions of views of Youtube, so this is a great opportunity for you to get yourself out there as a model or actor.  Despite your opinion on his music, there is no doubt that he is very succusful in the mainstream rap world.  You will meet industry professionals that know what it takes to earn more gigs in music videos, movies, and shows.

POP Productions and a Major Cable Network are looking nationwide for...