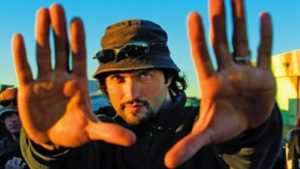 Alita: Battle Angel, is casting actors for scenes filming in Austin, Texas. Casting directors are looking for new talent with an artsy look that have not worked on the movie yet.

The movie takes place in the twenty-sixth century, when a female cyborg is rescued from the scrap heap by a scientist. The movie is directed by Robert Rodriguez and features Christoph Waltz, Rosa Salazar, and Jackie Earle Haley.  Robert Rodriguez is a San Antonio, Texas native.  He is known to film and produce several movies in his home state.

The casting team is looking for all types of actors for this film.  The final scene will take place in the desert with mobs of people swarming the main characters.  If you are interested in acting in a final battle scene, then apple now.

As an extra in this scene, you will be using prop weapons and will be instructed on how to move in a choreographed manner.  This is a professional film, so you will learn that everything is very miticulous and choreographed by the director himself.  Rodriguez is a great filmmaker to work with because he is very successful and loves to help unknown actors on how to be the best they possibly can.

This is a great opportunity to appear in a feature film with a famous director and Texas native.  Not only is Rodriguez a successful director, he takes pride in bringing films to Texas and filming in Texas.  Appear as an extra and you can put it on your portfolio for future interviews and jobs.