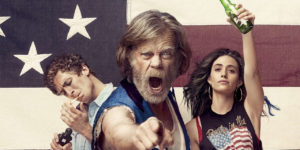 Casting directors need photo-doubles for an upcoming episode on Showtime’s critically acclaimed show, Shameless.  The casting is for Chicago models looking for work as an extra.  As a photo-double, you replace one of the main characters in scenes filmed from afar.  You need to have a similar body type as the character description below.

Shameless is about the Gallagher family and their struggles living on the South Side of Chicago.  There are several main characters in the show.  The Gallagher family consists of six children, an alcoholic father, and an absent mother.  Every character has their own back story and unique traits. It is a very interesting show focusing on character development through alcoholism, poverty, and depression.  The show is known for its comedic relief amidst the turmoil facing the characters.

You will need to be available NOVEMBER 16th – NOVEMBER 25th. We don’t have specifics on what exact dates you will be needed and only ask you submit if you’re available all days.

This is a great opportunity to be on an award winning show on a premier channel.  You will meet industry professionals that know what it takes to be a successful actor or extra.  Photo-double extras have a very important job because they are representing a recurring character.  You must look similar to the characters mentioned.  You must act professional and stay attentive to everything the director instructs you to do.  Good luck!

L.A. Casting Call for Web Series “Around the Way Girls”