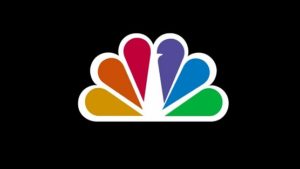 NBC’s new TV series Shrink is looking for actors, models, and couples for a new show that will take place in Chicago.  It will begin filming at the beginning of next week and will premiere sometime in early 2017.  Casting directors need experienced and inexperienced extras for multiple roles!

They need Hispanic men and women ages 30 to 50 to play friends and family for an upcoming episode filming in Chicago, Illinois.  This is for a scene in the park and other exciting scenes.

Shrink starts Tim Baltz as a medical student graduate that quits his residency and quickly finds himself unemployed with a ton of student loan debt.  With his life taking a new path, he thinks of the easiest way possible to earn the most amount of money fast.  Baltz finds a loophole and becomes a unconventional therapist using his medical student records and takes advantage of thousands of clients.  The show is a hilarious and eye-opening take on finding your way so that you can support yourself and your family.

Older people in the park

Young people in the park

There are a few different roles for the park scene, but you will blend into the scene as one of the aforementioned characters. This is a great opportunity to be in a new show on a huge network.  Don’t miss your shot at money, experience, and connections!