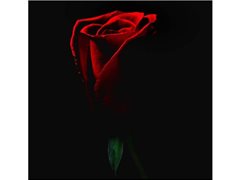 L.D.C.A.T (working title) is fun and exciting new format which follows one lucky woman going on a series of blind dates with four single men. But there is a twist… At the end of the final date, the single woman must choose who she will have a follow up date with. This daytime TV show will be pitched to broadcasters all over the world.

Shoot date: 3rd – 6th March
– Must be available from a couple days from the first week in March.
– Go a blind date which will involve an fun experience and prepare a formal cooked meal at your home of residence.
– Comfortable with speaking on themselves and their challenges in finding love.
– Must be able articulate their opinions on camera.
– Live in / or around London.
– Applications must be fun, charming, creative and up for a laugh.

ABOUT AW
Andrew Webber is an award-winning, narrative feature Film Editor who has produced powerful TV promos and cinematic film trailers, which have been shown in cinemas all over the world.

Specialising in post-production, his passion lies with delivering dramatic, cutting-edge edits. Channel 4’s ‘Come Dine With Me’ and ‘BBC’s Eastenders E20’ being prime examples of this.

After having much success in his career Andrew foundered AW Broadcast, a boutique media production company committed to producing boundary-pushing films and programming. His first short film, ‘Second Wind’ received a collection of award nominations at the Portobello Film Festival, Africa International Film Festival and the Movie Video Screen Awards and was officially selected for the Jamaica Film Festival.