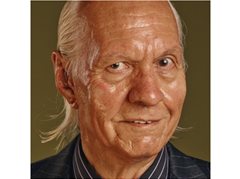 FEE: Unpaid. This is a low-budget passion project, however it presents a great opportunity to work with an innovative team of up-and-coming Melbourne creatives. The shoot will be fully catered.

SHOOT DATE: Wednesday the 10th of February (this Wednesday!)

CONCEPT: The video is a surreal, performance-based clip with band members playing in a natural, grassed 360 degree amphitheatre. As the band plays, strange, old wizards armed with daggers approach the amphitheatre. They join the amphitheatre’s rings and begin walking loops around the band. They then come in closer between the band and begin a ritual to help summon an unknown object. They plant their daggers in the ground and magically a giant egg appears. Using all the band and wizard’s powers, the egg kills everyone in sight. The final shot is the band and wizards lying around the giant egg.

Actors in the DC Area for Book Trailer

Casting People in Online Relationships Who Have A Secret To Reveal

Actors in the DC Area for Book Trailer

Casting People in Online Relationships Who Have A Secret To Reveal