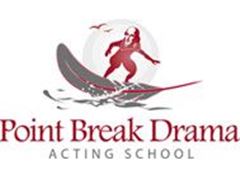 Facebook
Twitter
Google+
Pinterest
WhatsApp
An enthusiastic/ experienced Stage Manager wanted to work with Cast of Teens & Adults. This is an unpaid position. You will work with professional directors, Blair Cutting & Paul Winchester. All rehearsals/ performances to take place in Dee Why, northern beaches.

Point Break Drama has become a bona-fide Theatre company in recent times, with five productions staged in the last 24th months. They include the highly successful & inspiring productions of Romeo & Juliet ( 2013) utilising a Teen and Adult cast, a contemporary adaptation of Hamlet with an adult cast, then fun and hilarious teen versions of both A Midsummer night’s Dream and As You Like It & most recently an adult production of Much Ado About Nothing.

Point Break Drama’s 2016 production of Romeo & Juliet, will be an exciting contemporary adaptation of the play, set on the northern Beaches exploiting 21st century Youth Culture, incorporating modern technology all to the backdrop of the beautiful northern beaches, featuring an adult & Teen cast!

The timeless story of ill-fated love set to the back-drop of age old hatred between Montague and Capulet, will be bought vividly to life by Point Break Drama Co-Founder Paul Winchester & Shakespeare specialist, Blair Cutting.