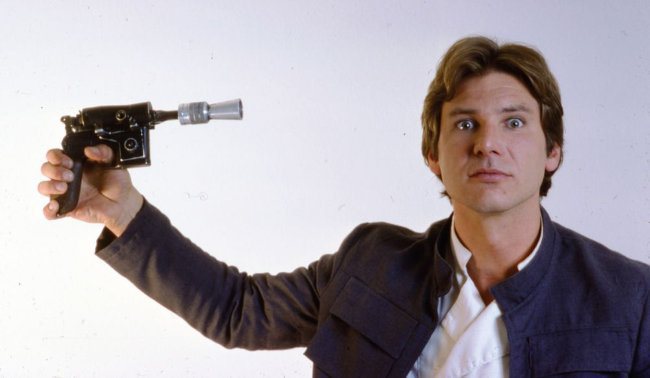 Want to audition for a role on the new Han Solo movie? Here’s how!

Well, here’s the latest casting information and audition details about the upcoming Han Solo movie, so you can audition for the latest Star Wars movie.

Entertainment Weekly recently reported that The Walt Disney Company, the new owner of LucasFilm since 2012, is developing a stand-alone movie featuring han Solo which would take place between Star Wars Episode III: Revenge of the Sith and Star Wars Episode IV: A New Hope.

On July 7th, Disney and Lucasfilm announced that Phil Lord and Christopher MIller were hired as the movie’s directors, and the movie will be release don May 25, 2018.

Brian Daley wrote a series of books, the first published in 1979, exploring Han Solo and Chewbecca’s smuggling adventures which further develops the character’s backstory. Ann C. Crispin’s The Han Solo Trilogy describes Han Solo as a beggar and pickpocket throughout much of his youth.

He becomes a pilot and, in the process of undermining a religious fraud, falls in love with Bria Tharen, who disappears before Solo joins the Imperial Navy. Solo loses his commission and is cashiered when he refuses an order to skin Chewbacca for commandeering a ship carrying Wookiee children destined for slavery; Chewbacca, in turn, swears a “life-debt” to Solo.

The two become smugglers, and help repel an Imperial blockade of a Hutt moon. Solo soon thereafter wins the Millennium Falcon from Lando Calrissian in a card tournament.

How to audition for a role on the upcoming Star Wars Han Solo movie.

According to IMDB, Jeanne McCarthy is the official casting director behind the upcoming Star Wars movie. She’s known for casting Ben Affleck’s The Accountant, Captain Fantastic, American Ultra and Foxcatcher. Due to the popularity of the upcoming Star Wars movie, you are more likely to land an a speaking role on ‘Han Solo’ if you have an agent. To learn how to land an agent, check out our guide here.

According to reports, you can also mail-in your headshot, resume and contact information to Jeanne McCarthy directly. However, do not drop-in or call the casting director.

It was recently announced that a new casting company was going to handle all future Star Wars extras casting calls. To audition for an extra role on the new Star Wars movie, check out the casting calls here.

We will keep you updated on all future casting calls. To stay up to date sign up for our free newsletter.

Are you going to audition for a role on the news Star Wars? Share with us your thoughts in the comments below!