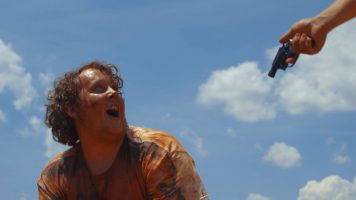 We will fill your bellies, do your headshots, IMDb Credits, and cut you a reel. Also free entrance +1 for the premiere!!!

Deep in the dirty south, an heir to a criminal empire creates havoc for those left behind by his father when he decides to shut down the family business and take the money for himself.

What is the Super Indie Project? During the months of June through July I decided to test myself in creating a feature length film on a minuscule budget in record time with just over a month of prep, production, and post-production.

male, 20-40s. An outspoken bandit part of the criminal family who offers the heir a bit of information in regards to his corrupt Uncle Jacky (also needed on Wednesday 6/28 2:30PM-7PM)

DEAD GUY – 6/30, 2PM (3 hours)
any. Doesn’t say much but his guts hangout and he can’t really see straight. Heavy makeup and prosthetic.