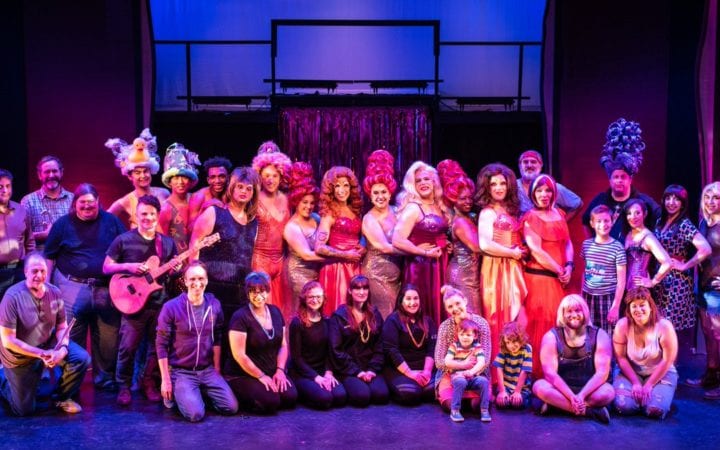 Are you ready for the chance to star in a theatre production? Have you always wanted to feel the rush of being on stage in front of an audience? Downtown Cabaret Theatre is holding auditions for their production of “1984”. Open call auditions are being held. Rehearsals for the production are scheduled to take place between January 2nd and January 31st. Live performances will be held on the weekends between February 1st and February 17th. All actors must be at least 17 years old due to the mature subject matter of the play. Those who are unable to audition but still want to apply can email the casting director a headshot and resume. Because the theatre is in Bridgeport, Connecticut, only local talent are being considered. For the audition details or submission information, view the 2018 theatre casting call information below.

What if one thought cost you everything? 1984 is the un-nerving stage adaptation of George Orwell’s dystopian masterpiece. 1984 brings us the story of Winston Smith, a cog in the giant machine state of Oceania. Under the close eye of Big Brother, Winston has been caught struggling for scraps of love and freedom in a world awash with conformity, distrust, control, and violence. With the brutal “help” of four Party Members, Winston is forced to confess his Thought-crimes before an unseen inquisitor, and the audience — which acts as a silent witness to his torture. One of the most widely referenced and best-known fiction titles of all time, 1984 makes the dark implications of unchecked, out-of-control state power feel urgent and real.

FOR ALL AUDITIONING:
Please read the info below in detail. Specifically please take note to the ‘please prepare’ section

Downtown Cabaret Theatre in Bridgeport, CT is holding open call auditions for their upcoming production of 1984 on November 13, 2018 from 6:00pm – 10:00pm at 263 Golden Hill St in Bridgeport.

We are seeking actors of all ages, types, ethnicities, etc. to cover all principle and ensemble roles.

PLEASE NOTE: This is an unpaid community theatre production.

Downtown Cabaret Theatre is a 501(c)(3) non-profit organization entering its 43rd season. For more info about DCT or their upcoming 2018/19 season visit www.MyCabaret.org

Production dates are as follows:

Open call auditions are being held on November 13th. For those who can’t attend but want to apply can email a headshot and resume for consideration.  The information is below.

What to prepare:
All actors should bring a current headshot (or recent photo) and 1 page acting resume or list of theater/performing experience.

Please prepare a short (approx 1 min) monologue in the style of the show (monologues from this play are also permitted).

Callbacks:
Callbacks for this productions will take place Wednesday November 14

The rehearsal schedule for Main Stage Theatre is generally Mon-Thurs from 6:30pm-10pm and for most productions, Sunday evenings 5-9pm or some afternoons, based on cast and directors’ schedules).

If you are unable to attend auditions, but would still like to be considered, please submit your headshot and resume to submissions@mycabaret.org