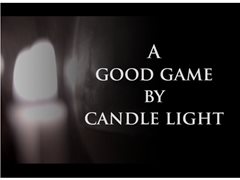 It is a continuation of the previous project that I have posted here before.
We have shot the pilot and we have altered our previous script, thus we are going to shoot the whole film in early March.

Synopsis:
This film tells a story of hypothetical future where the Third World War breaks, and it explores a situation where two people who are trapped inside the house, waiting for the upcoming doom brought by the war. Isaac, a father who is left behind by his family has to stay and protect his house with Grant, a buddy of his, who has the total opposite character. With limited food and electricity, the two of them have to depend their life on a smuggler named Sonny who collects supplies from outside.

The story unravels the backgrounds and personality of each character, and how they deal with the war and especially, themselves.

Should they just wait for the impending doom? or should they trust Sonny who seems to know much about the war?

Please contact me further if you are interested to read the script and discuss it further.
We really believe in the script and we hope that we could work together with you and make this film!

Isaac was a father but left by his family in the midst of the Third World War.

He’s an optimist who believes that the war is going to end soon, thus he decided to stay at his house and hopes to be reunited with his family.
He is an orderly person, who tries to keep his house neat, but unfortunately, he has to paired up with Grant, his buddy, who has the exact opposite of personality.

Grant is your run-of-the-mill faithful and carefree friend.
He stays with Isaac to protect Isaac’s house, and keep Isaac company.
His carefree attitude is the aspect that keeps Isaac sane, albeit annoys Isaac.

Behind his cheerful facade, Grant does not trust people easily, and has somewhat a dark past.
Deep inside he is scared of the war outside.

Sonny is a smuggler who profits from the ongoing war.
He trades food supplies after all city infrastructure is shutdown during war.
Despite this opportunity to earn money in the midst of war, he despises this situation and wants to flee far away from the country.

Isaac and Grant are his loyal customers due to their history together.
Sonny is fully covered with trench coats to keep him/her safe from all explosion and debris, and somewhat make him/her mysterious.