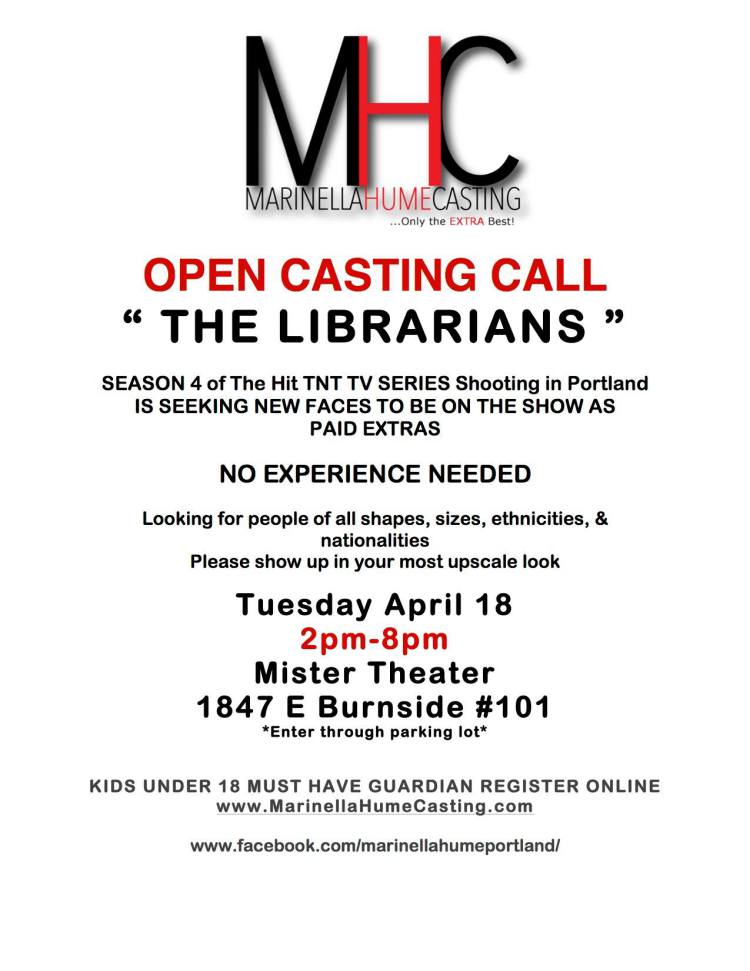 Producers and casting directors are seeking talents for the new television series ‘The Librarians’.

The Librarians’ centers on “members of an ancient organization hidden beneath the Metropolitan Public Library who are dedicated to protecting an unknowing world from the secret, magical reality and protecting the artifacts housed in the library.”

The series will star Noah Wyle (Falling Skies) as the Librarian who is tasked with keeping track of these supernatural objects of power. Rebecca Romijn will also star as Wyle’s female counterpart, Eve Baird, who is also tasked with protecting the artifacts. Also appearing in the new series will be Christian Kane of “Leverage”, Lindy Booth, Matt Frewer of “Orphan Black” and John Larroquette. Bob Newhart and Jane Curtin are also rumored to be part of this project.

The casting call is for those 18 & older, all types of looks and ethnicities are welcome to apply.

Check out the casting call details below:

Do you plan on attending the open casting call? Leave us a comment below!