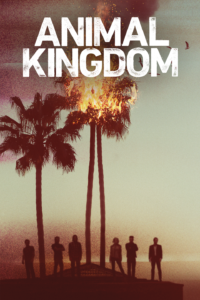 The popular TNT show Animal Kingdom is now casting actors and models to work on season two.  They are currently casting in California and will begin filming in 2017.  They will eventually cast nationwide looking for all different types of people to fill roles.

Animal Kingdom is an America drama television series created by Jonathan Lisco.  It is heavily inspired by Australian films.  The show debuted on June 14, 2016 and was quickly renewed for a second season following mostly positive reviews from critics.  The show averaged about 1.5 million viewers per week.  It stars Ellen Barkin as the head of a California family that is fueld by criminal activities.  In a way, Animal Kingdom is a modern mafia television show filled with tons of drama and crime.

Central Casting is searching for real Oceanside men, women and children. They are searching for all types of people from different backgrounds, including students, surfers and interesting characters to work as paid background actors, stand-ins and photo doubles.

(No fees & no experience required)

Available for some of the shoot dates

This is a great opportunity to appear on a great TV show on a highly respected network.  TNT is known for its dramatic TV shows and well-written plots, and Animal Kingdom is no exception.  It is great to act in an up-and-coming show in its beginning stages because you will develop relationships with other actors and the directors of the show.  If you are liked, you may be asked to act in a different role for them or even one day earn yourself a featured spot in one of the creator’s projects.  It is always a good idea to make a good impression on the directors because you never know if one day they will give you a chance to audition for a huge role.