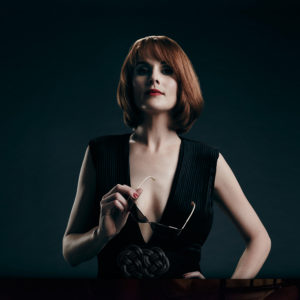 Kimmie Stewart, a digitally interactive entity and platform, based in Wilmington, North Carolina, and is mainly concerned with movies, television and commercial casting is now looking for candidates to play non-reprising roles in Good Behavior (TV Series).

Good Behavior is an upcoming American drama series based on the novella series by Blake Crouch. It is to be aired primarily on television and is focused on the exploits of Letty Dobesh who is a con artist. The series is backed by TNT which will pick up the pilot episode for the series and plans a premier in 2016. TNT also has advance plans to take up the series to its 10th episode and see where things go from there further onwards.

As for the latest update, the current cast of actors for the series includes:

The work for the series starts from Wednesday, June 29 2016. This is considered as an early morning call and payrate is going to be 64/8 which means that candidates/applicants will have a chance to earn $64 for 8 hours of work. In a 40 hour week, then you are looking at $320 Income or $8 per hour. Depending on whether you are working under the table (without taxes) or on the books. Your net pay pay could be lower than $320.

Applicants will be tested for the following roles:

For all applicants who want to be considered, they must include a minimum of 2 of their latest photographs. Additionally, headshots and full body shots are also required and they don’t need to be professionally shot.

As a special note for all candidates, travel is not paid or included in your payments. Please make your own accommodations and remember that filming takes place in Wilmington, NC area.