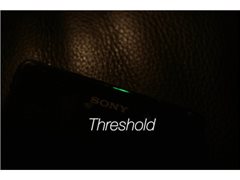 Facebook
Twitter
Google+
Pinterest
WhatsApp
Threshold is a short film that revolves around a momentous decision. Oscar must make it and his friend Issy is there to advise, but throughout the film new characters emerge, each one representing an emotion. They all argue their case until it’s just a mess of conflicting opinions. It is an attempt to visualise the ‘anatomy of a decision’ with an anxious mind.

We need to cast the two lead characters, Oscar and Issy to make a 20-30 second trailer to help secure funding for the final film. Our aim is to have this trailer wrapped up by the end of March.

Oscar is a young man of about 24. He is anxious, but not overly so (he clicks his fingers, picks at nails etc.). His look might be described as fashionably unkempt. He dresses well but loosely and his hair and beard have grown slightly out of their styles. He is, above all, a romantic, but a nervous one. It is this tension between seeking to go with the romantic urge and the anxieties that prevent him.

Issy is Oscar’s good friend. She is smart and caring towards him, but also firm. She is more of a realist, and this comes across in her mannerisms. She is well dressed and neat, much more so than Oscar and spends much of the script imploring with Oscar to see sense. She is forceful but also understanding, trying to persuade him, knowing that she cannot order him to do anything.