If you would like to be part of the “Wonderstruck” Starring Julianne Moore Looking for Men Casting Call in 2016 please read the info below:

“Wonderstruck” is said to be an adaptation of the children’s book written by Brian Selznick. The movie, which also stars Michelle Williams and Amy Hargreaves, tells the story of a young boy in the Midwest along with a tale about a young girl in New York from fifty years ago as they both seek the same mysterious connection.

Grant Wilfley Casting is looking for men who are between the ages of 30 and 50 years old to play New York City businessmen. They are looking for SAG-AFTRA talent to be in the shoot. The filming will take place on May 22nd in New York City. Selected talent will need to be available on Thursday April 28th or Friday, April 29th for a fitting. The roles call for men with some length to their hair, no crew cuts or shaved heads. Men with little to no tattoos are preferred.

If you would like to be considered for this shoot, email [email protected] with your first and last name, your phone number, union status, wardrobe sizes- height, weight, jacket neck, sleeve, waist, inseam and shoe, and clear and candid photos. Casting directors ask you submit a selfie and a full body photo. You should put “Facebook, SAG 1977 Business Men, your name, your phone number.” in the subject line of your email. 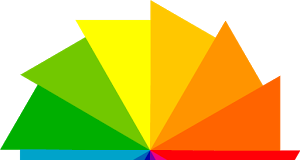