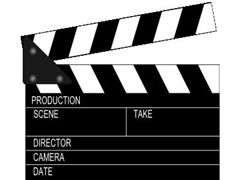 Facebook
Twitter
Google+
Pinterest
WhatsApp
This is the story of Harvey Ash, his four best friends, his rise to the top as a well-known filmmaker; and the struggles he has to face, including fame, fortune, drugs and great loss.

Harvey, Tony, Robert, Ray and Jack are all in their 20s and finishing university, they are starting their careers when Harvey gets his big break directing his first feature film. The story follows Harvey, and his friends, as he gets thrusted into the limelight and how he copes with his unforeseen success until the sudden death of his best friend Tony; which threatens to destroy his career, as well as his friendships.

This job is UNPAID although all travel expenses will be provided as well as nourishments (lunch and dinners) on shooting days.
As we can’t pay you, we are more than happy for you to use our film for personal use; such as showreels etc.