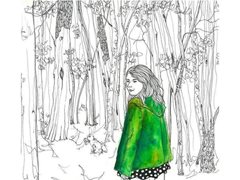 I am producing a short film in March in and around the Manchester/Stockport area. We have a number of actors already signed up and ready for this project and we are in need of two final MALE actors. The film is a coming of age/drama/fantasy and will be shot on the 21st-25th of March with possibly reshoots on the 28th. For one of the male roles filming will only be on the 22nd March (to be confirmed). The other male role is a second lead role and will be needed for at least two days of the shoot.
The applicants will need to do a video audition and be available for a workshop with the other actors and crew on Sunday 12th March in Manchester.
The work is unpaid and travel costs cannot be covered however we are aiming to provide some light snacks and drinks on set.

The successful applicant will be acting as an animal (Dog) with possible speaking roles, as its a drama/fantasy film we are expecting serious acting to a high quality. You will also wear special effects makeup, please let us know if you are allergic to any makeup products as this will be crucial to the role.

This role is a second lead role in the film and is a speaking role. As part of this role you will have to also play a Rabbit (non speaking) as the characters coincide with dream characters, you will have to wear special effects make up so please specify if you are allergic to anything. MUST BE AVAILABLE ON CHOSEN DATES. We are at a stage in our production where we are not accepting anyone who ‘might’ be available – its all or nothing unfortunately.