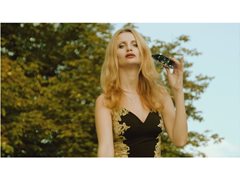 Facebook
Twitter
Google+
Pinterest
WhatsApp
This is a short film about a girl who works for Vogue magazine and keeps bumping into a guy that works in the same building as her.
Eventually they meet at a party and soon begin to talk as they fall in love. However she is betrayed by her friend.

I’m one of the top Directors in the country from the new generation of film makers. I have worked on commericials, short films and music videos. I have films entered for the BAFTAs and OSCARs My work speaks for itself.

The film will look visually stunning and have a unique feel and look (my trademark look).

If you have a access to a apartment or a building with a good view of London, that will be a bonus.
The shoot date will be the 21st of February. The locations will be Ealing Broadway and Bank.
You’ll get a physical copy of the film aswell as photos.