Lord El – Ambitious 35mm Feature Flim Location: France Type: Film We are filming a highly ambitious franchise of 3 feature films on 35mm in the english language (filmed in France) for mainstream worldwide theatrical distribution and need all the help we can get. Considerable monies will be spent on the screen for 35mm which […]
[
Source 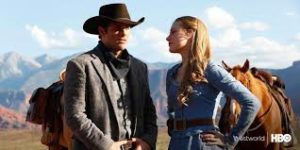 Is HBO’s “Westworld” the Next Big Thing?