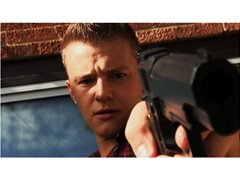 These auditions are for supporting roles and extras in the final episode of the post-apocalyptic web-series Mad World, starring Josh Allen, Jasper Whitehead and Charlie Wernham. The shoot will be between the 1st and 19th of June 2016 with possible pick up shoots later on in summer. 90% of filming will take place around Stoke-on-Trent and the Peak District. Other shoots will take place in Essex but the Actors will be informed well in advance if they are required on those shoot days. Auditions will be held towards the end of May.

The man in charge

The man in charge is a sadistic, heartless man and has his own personal vendetta against the protagonists of the series. He likely struggled with his moral decisions before the apocalypse and has only gotten worse since. He takes comfort in the pain and suffering of others and will stop at nothing once he has made a decision. He rules over his men with fear and uses severe punishment to keep them in line. This is not a man that you want to bump into.

Males, aged 30 to 60 from United Kingdom