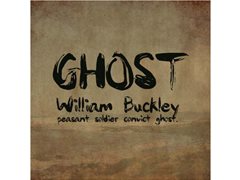 We are in need of a confident AD for a shoot kicking off THIS SUNDAY 21st – 27th of February. The shoot will take place on the west coast of Tasmania. Most of the pre-production work has been done and scheduling complete.

All cast and crew are ready to go and we need an organised AD to captain the ship.

All travel, accommodation and food will be provided.

“Presumed dead after escaping captivity into the wilds of pre-settlement Victoria, young British convict William Buckley is left fend for himself when European settlers up and relocate to Van Diemen’s Land. Two months later – alone, fearful and starving – Buckley has a series of disturbing first encounters with the indigenous population that will see him either saved or slaughtered – depending on how you perceive it. “

Written and Directed by JP O’Brien