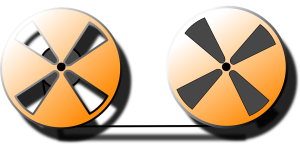 If you have always wanted to enter the world of film here’s your chance. A production company based in London is casting for some supporting roles.

The film will be exploring the weaknesses of individuals and how these discrepancies lead human beings to their downfall. The story follows the lives of three strong women who are quite unique in personal traits. In the movie, we will see how they let their most dreaded characteristic flaws overpower them and make them become the person they have always been afraid of becoming.

Unfortunately the the film is a low budget one so the supporting characters will not be given payment but actors will be provided with expenses.

The filming will start in the middle of June and will continue for three quarter of the days. The supporting actors won’t be required to film on all the days.

White Caucasian male who must have a height lying in the range of 5’10” – 6’3”. The applicant must have a strong athletic physique. The character must be willing to work in close emotional and intimate scenes with one of the female leads who will be Nathan’s wife. The two have been married happily for several years and love each other.

He is doctor and Nathan’s friend. He also plays the role of a distressed and desperate husband of one of the female stars. He is pressurized into giving medication to assist his friend. The candidate must have a clear English speaking accent and must either have a neat beard or be clean shaved.

He is the ex-boyfriend of one of the female lead stars of the film. Alex is always dressed up well and is extremely confident. He has an aura of smugness and self-complacency about him. He likes to control people and thinks that he can ask them to do his bidding and obtain the reaction he wants from them.

He is a housemate of one of the female protagonists. He is quite “street” and is quite the odd one out in the house for he has to work really hard for the internship. There aren’t any physical characteristics that the applicant has to fulfil but an actor with a good London accent with great comic timing is required.

Childhood friend of Katy, Rachel has a fun-loving personality. She likes to have a lighthearted conversation with Katy about upcoming parties and boyfriends.

Sam is supposed to be the housemate of one of the female protagonists and he is the leader of the team. He is a little camp, boisterous and witty, having an animated personality. The character has no specific physical requirements so the casting team is up for all sorts of applicants. However, the character must have a decent comic timing.

Jay is the best friend of one of the feminine protagonists. The two have been buddies since they were little children and Jay is extremely protective about her. They are incredibly close and know every tiny detail about the other. Jay has a wonderful sense of humor, loves to have fun and but is also sensitive and has a caring personality. The character is physically fit and would also have to act in an outdoor training and combat scene. Only athletic looks are mandatory,no training is required.

Gregg is a drug dealer who has a conscience. He is handsome yet mysterious and rugged. Greg is supposed to be a friend of the one of the female protagonists. He is the one who introduces the said female to the realm of drugs when she is on the verge of breaking down, quite unaware that her addiction would cross all limits. Even though he exhibits a dry humor at times, beneath, he is a scared and distressed young guy.

The applicants must send submission at theloftproductions@hotmail.com.

The name of the production company is “The Loft Productions” and the city of the casting call is London.