BET’s Being Mary Jane is now casting actors for a specialty role in Atlanta, Georgia.

Hylton Casting is currently casting a Caucasian female with very short hair for the specialty extra role of “Silvia.” Filming will take place between December 1st through December 19th in Atlanta, Georgia.

For the TV series “Being Mary Jane” Season 4, we are currently casting a Caucasian female with very short hair for the specialty extra role of “Silvia.” 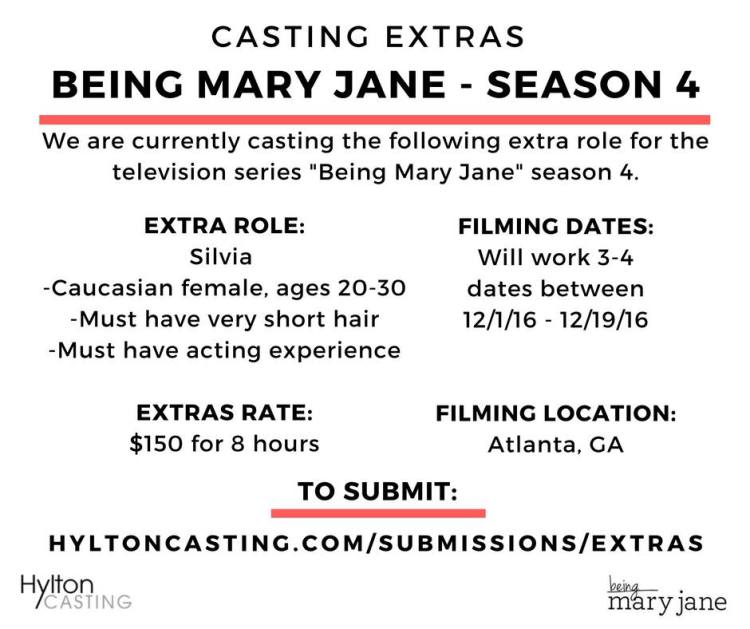