BET’s Being Mary Jane is looking for Asian actors in Atlanta, Georgia.

‘Being Mary Jane’ season 4 is looking for Asian actors, models, and talent to work on an episode filming in Atlanta, Georgia. Hylton Casting is looking for portray an Asian family of a “Father, Mother, and 2 Children ages 2-6.”

For the TV series “Being Mary Jane” Season 4, we are currently casting extras to portray an Asian family of a Father, Mother, and 2 Children ages 2-6. 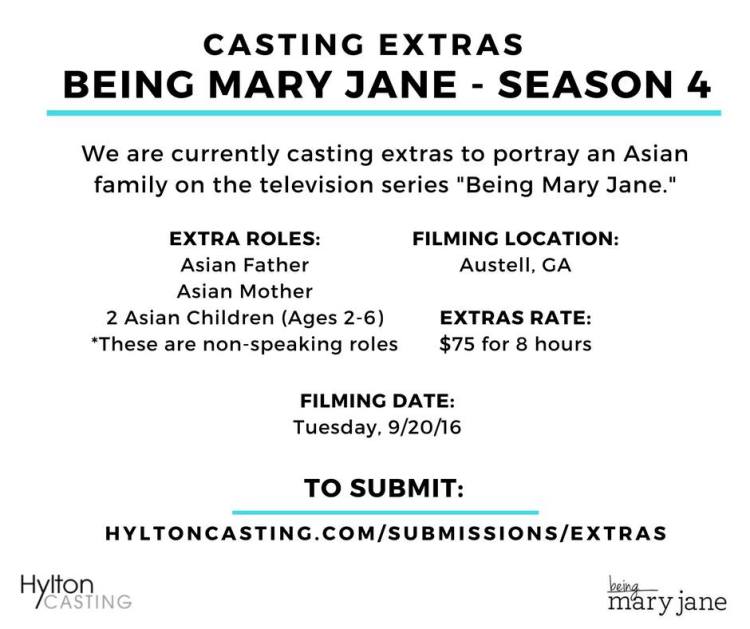