For the TV series “Being Mary Jane” Season 4, we are currently casting female models for a specialty extra role. The models who are cast will portray celebrities in a series of photographs used on the show. 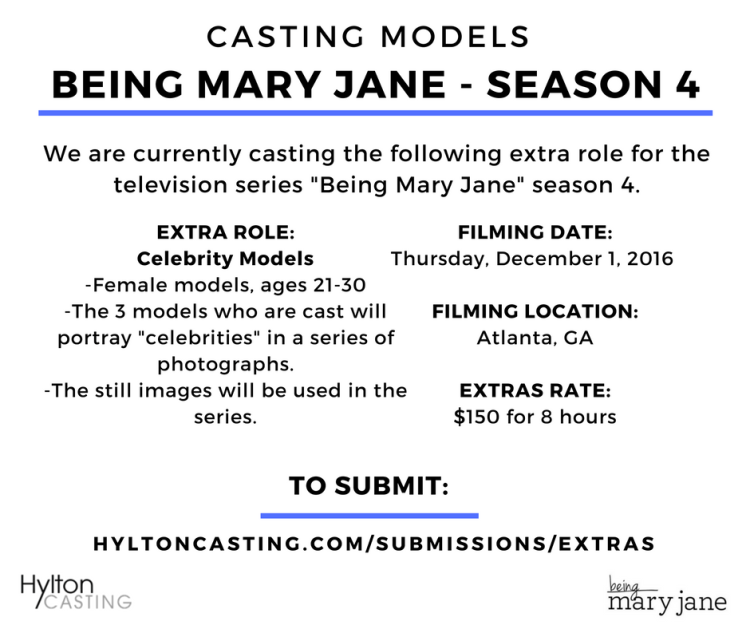 Casting People in NY Tri State Are Suffering from Facial &...