BET’s Being Mary Jane is looking for featured roles in Atlanta, Georgia.

Hylton Casting is currently casting Caucasian males for the featured extra role “Swimmer in Speedo.” This scene features 4 men wearing speedos only outside during a news segment. Filming will take place on October, 27th in Atlanta, Georgia. 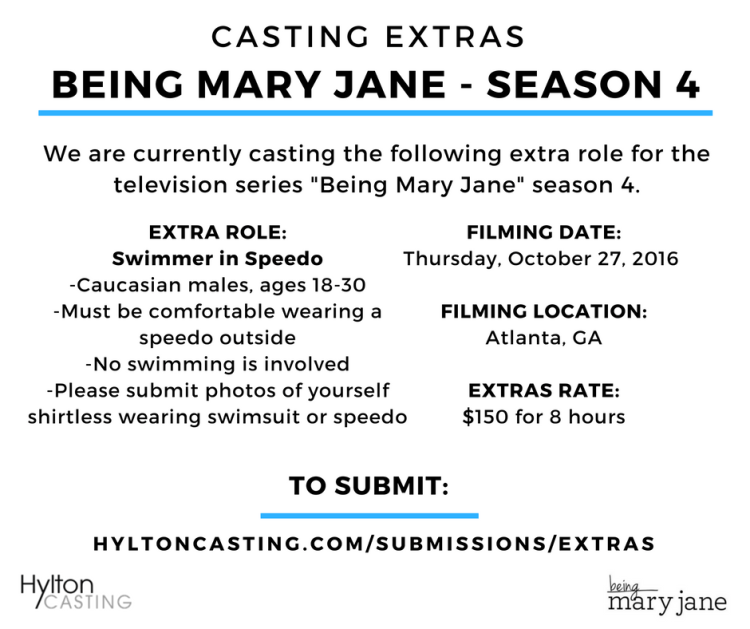 For the TV series “Being Mary Jane” Season 4, we are currently casting Caucasian males for the featured extra role “Swimmer in Speedo.” This scene features 4 men wearing speedos only outside during a news segment.

Casting Nationwide for “Chasing The Cure” – People Looking to Diagnose...