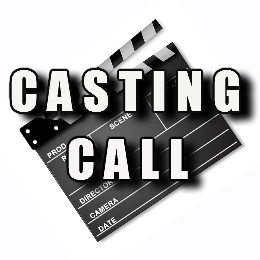 Casting call for both an in-class performance and short film production of a scene from a play titled “Top Dog Underdog”.

This production is part of an undergrad film production course instructed by the RTF Department at the University of Texas at Austin.

The auditions will be held on Sunday March 19th,
2017 at The University of Texas at Austin from 5pm to 9pm.

The in-class performance is scheduled for March 29th, 2017 at the University of Texas at Austin.

The tentative filming dates are April 1st-April 3rd, 2017 on location in Austin, Texas.

The actors I am looking for are in the age range of 18-29 years old, Caucasian, Texan accent.

The rest of the information is in the casting call attached to this message.

Potential applicants must email the director at “underdog725888@gmail.com”.

It is a non-paid job, but the actors will be provided with water, snacks/meals, film credit, and DVD copies of the finished film.

Two Texan Caucasian brothers are practicing 3 card monte while airing their grievances and angst to each other.

Please send resume and headshots ASAP to underdog725888@gmail.com. Auditions will be on Sunday March 19th, 2017. Location to be disclosed.

Once cast, both actors will have to start learning all of their lines IMMEDIATELY.

There will be a performance of the scene in class at the University of Texas at Austin on Wednesday March 29th, 2017. After that, filming will begin on the weekend of April 1st-April 3rd, 2017.