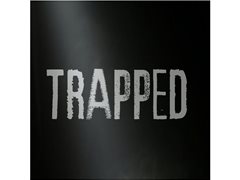 Trapped is currently in the Pre – production stage and we are looking for a cinematographer to join our team. Trapped is a gritty, dark and mysterious short film – drawing similar vibes from movies such as The Hunger Games and The Maze Runner as well as TV Shows like The 100.

We have our own basic equipment including Sony FS-700, lenses and tripod. However applicants with access to their own gear, including but not limited to, a multi-lens camera (black magic or RED preferable), a steadi-cam and multiple lenses will be favourable.

Filming will be from the 7th to 11th of March and will take place down South in Erowal Bay (2 hours from Sydney) so will require an additional two days transport. The successful applicant will need to be able to stay on location for the period of this shoot. Accommodation and food will be paid and transport can be organised.

This is an unpaid gig as it is a low budget film, however some experience is required as we want to submit this short film into festivals and need a dedicated, passionate cinematographer.