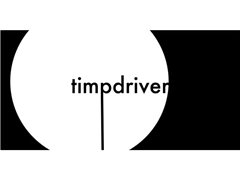 Facebook
Twitter
Google+
Pinterest
WhatsApp
The Rest of Us is an ambitious documentary from sibling filmmakers Tim P. Driver and Natalie Bower about the powerful and often maligned fandom community behind One Direction.

Taking place over four years, these siblings have worked hard to investigate the fandom and its many and various permutations as they exist predominantly in the online space. By focussing on a poorly represented community, Driver and Bower have discovered a complex and diverse group of fans exploring difficult but important issues.

After traveling around the world in 2014, visiting the United States, Canada, England, France, Belgium, The Netherlands, Germany and Italy and collecting over forty hours of footage, the documentary project is now ready to be finalised.

We are seeking a creative, confident and talented editor to pull together the story threads in this project to help us deliver a powerful documentary narrative. The ideal editor will be enthusiastic about the concept and interested in taking a leading role in finalising the project for a major online release in April.

Two introductory episodes were released in 2015 before significant changes in the fandom necessitated a delay. These two introductory episodes will be available to applicants to provide a sense of tone. These episodes are not templates, and the editor coming on board will be invited to contribute significantly to the creative. This includes assisting in the decision making regarding the final form of the project (multiple small episodes vs feature length film).

Applicants must be Melbourne-based as close work with director Tim P. Driver is anticipated.