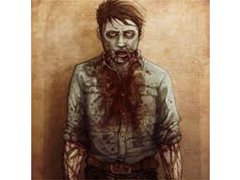 Facebook
Twitter
Google+
Pinterest
WhatsApp
Hey Guys. I am a ridiculously Brilliant Screenwriter! (well, you gotta big yourself up dont ya?) And I have written a short film that I would love to see manifested into a Festival winning, Critic shocking, Fan Favourite short Film.

Its crazy coz its not actually a Zombie film. More like a story about Love, Loss, Sexuality with an intense Zombie encounter thrown in.

I already have An award winning Make Up Artist on board. I am picking up story boarding duties, I have started the casting Of the actors and have a handful of Brilliant candidates waiting for us to go all Simon Cowell on em’

What I need is to get My Crew locked down – To say These are are my N****s! and to exagerrate our skills on our crowdfunding site.

Am itching to go! so get in touch and we’ll grab a coffee, Get everyone together Avengers style, Sort out a read through and see see the cast do their thing and also get a chance to work out physically how everything goes down. My wifey who is a brilliant wedding photographer will tag along and take behind the scene photos. We will also film the best take of the read through.

Based on the read through and having a clearer idea of how it will all play out physically – we will create a detailed storyboard. I am a bit of a comic book nerd so I will be looking at a very comic book like story board. something Bad-ass!

Then we will take the story board make it look bad ass and throw in some sound effects and voiceover from the read through.

We will then take the video of the story board, the video of the read through, a video of The MUA/Stylist talking about the look of the characters, The cinematographer bigging up the vision, The director, editor, Runner – Everyone involved JUst selling their passion! then boom! We upload that onto indiegogo for crowd funding.

The cast and crew share the link to the page on social media and I pop it up on youtube, Blogs etc! The campaign runs for a month and hopefully in that time we have raised some money for us to get travel, Grub, expenses sorted and also pay for locations and festival entry fees.

We set the shooting schedule in Stone and shoot!

see where you fit in and get in touch and lets do this thing!