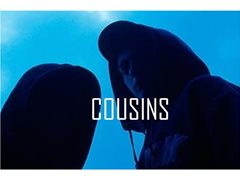 ‘Cousins’ is a 10-minute film script written by student Ciaran Behan for his final year; a contemporary drama about two young boys dependent on each other for survival on the street of Dublin’s rougher neighborhoods. We have a great reputation catering for all our actors needs during productions. DIT’s final year films are often shortlisted for film festivals all over Ireland, with alumni that now work on productions like Red Rock, Damo & Ivor and Game of Thrones.

The minors are projected to be required for 4-5 hours a day, for 4 days